I recently purchased a copy of Pam Grout‘s “E-Squared: Nine Do-It-Yourself Energy Experiments That Prove Your Thoughts Create Your Reality” 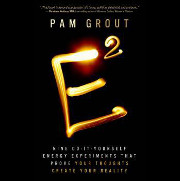 It should also be considered as a companion lab for “What the Bleep”.

I’ve worked with the energies of the universe before and I am comfortable doing so. I wanted to read this book so that I hone my energy work skills and also so that I could hopefully share it with people with a high recommendation and experiences that would encourage them to try it out.. and believe! It’s so important to believe!

I found the following description of the first lab in Pam Grout’s blog:

1. The Dude Abides Principle. This is the basic principle, the foundation upon which all the others rest. Basically what it says is, “There is an invisible energy force or field of infinite possibilities.” The experiment could best be described as an ultimatum. You’re going to give the force exactly 48 hours to make its presence known. You’re going to demand a clear, unmistakable sign, something that cannot be written off as coincidence.

I want you to be made known to me before July 4th.
I want a blessing, a thumbs-up, a clear sign, something that cannot be written off as coincidence.

So far, I have had nothing that could not be defined by coincidence, so I’m still waiting for a clear sign, a blessing from the universe.

In my little world, tho, I did get a lot of green lights, traffic flow after work was rolling at about 50 mph in a 40 mph zone, a floating seed rode in my car, hovering next to me, dancing in the flow of the air conditioning. That was quite magical.

Later, I saw Mr. and Mrs. Cardinal on my fence. She seemed to be giving him a piece of her mind. *giggle* 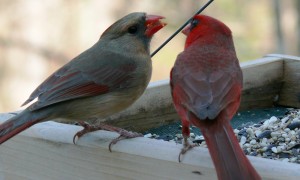 This is also competing against a mercury retrograde. My co-worker’s conversion failed that night (of course, it was a conversion I was not involved in.. I remain the conversion QUEEN at my job!! *evil grin*)

I know I’m not supposed to, but I can’t help but wonder what the universe will give me as a true sign.

I’m just going to keep looking until I see it!!  Sometime today,  I will have undeniable proof of this and I will share that in my next blog!

My presentation at Interfaith of Topeka

There is something extraordinary happening in the world

Basecode of my universe…