How did ego get such a bad wrap?

The ego is simply who we think we are.

So many people, so many walks of life, suggest that the ego is bad: the root of all evil. I disagree. Ego is important to your self-esteem. Too many people don’t take care of themselves, their soul, because they are trying to eliminate their ego. This is so terribly wrong it breaks my heart. You cannot eliminate your ego without hurting yourself and your self-image.

Now, don’t get me wrong. Too much ego is bad. The following is a list of signs from an article by Joe in  Shake Off the Grind called Is Your Ego Running the Show? 5 Warning Signs and What to do About it
If you relate to any or all of them, you need to work to have a more mature and healthy ego.

The above list are the aspects of your ego that you must rectify. These are unhealthy and are bad for you.

However, trying to fully eliminate your ego is actually a negative. If you are wanting to have only positive things in your life, getting rid of your ego isn’t going to make anything positive. It will be a life-long battle to rid yourself of ego and thus will remain a negative force within your life.

From Peter Russel’s Blog, Spirit of Now :
There’s No Such Thing as Ego

“What we call the ego is not another separate self so much as a mode of being that can dominate our thinking, decisions, speech, and actions, leading us to behave in ways that are uncaring, self-centered, or manipulative.
Our exploration of ego would be more fruitful if we stopped using the word as a noun, which immediately implies some “thing”, and instead thought of ego as a mental processes that can occupy our attention. For this a verb is a more appropriate part of speech. I am “ego-ing”. 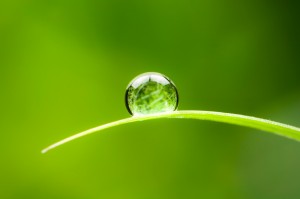 “The difference is subtle, but very important. If I see the ego as a separate self, some thing, then it is easy to fall into the belief—common in many spiritual circles—that I must get rid of my ego, transcend it, or overcome it in some way. But seeing ego as a mental process, a system of thinking that I get caught in, suggests that I need to step out of that mode of thinking—to look at the world through a different lens, one less tainted by fear, insecurity and attachment.”

Removing your ego would be like removing your self. It’s not separate from you, it’s a part of you and it’s the basic instinct that protects you.

I like my ego when it’s under control. I will watch out for “ego-ing” to the detriment of others, but otherwise, I am proud of who I am, I will pat myself on my back when I achieve something, and I will continue to be a good person and keep my ego.

Honestly, the entire blog is worth reading, but I’m going to pull out the final paragraphs to share here:

“Life is not here to condemn you for your desires, it’s here to embrace all of it and bring it to manifestation. You are totally loved by life just the way you are, it has no conditions for you, it’s is totally appreciative of the value you provide through your uniqueness – it’s important that you realize how valuable your presence here is.”

What I work for is to maintain my mature ego.
Below is a list of, what I’ve seen called, different levels of ego. The mature ego allows us to function in society without causing harm, suffering or discomfort to others. It also allows us to transcend other’s egos who may not be mature. With this list, you will understand why a mature and healthy ego is better than no ego at all. People with no ego spend their entire life fighting to have no ego and no one should live that way.

The mechanisms on this level, when predominating, almost always are severely pathalogical. These six defenses, in conjunction, permit one to effectively rearrange external experiences to eliminate the need to cope with reality. The pathological users of these mechanisms frequently appear irrational or insane to others. These are the “psychotic” defenses, common in overt psychosis. However, they are found in dreams and throughout childhood as well. They include:

These mechanisms are often present in adults. These mechanisms lessen distress and anxiety produced by threatening people or by an uncomfortable reality. Excessive use of such defences is seen as socially undesirable, in that they are immature, difficult to deal with and seriously out of touch with reality. These are the so-called “immature” defences and overuse almost always leads to serious problems in a person’s ability to cope effectively. These defences are often seen in major depression and personality disorders. They include:

These mechanisms are considered neurotic, but fairly common in adults. Such defences have short-term advantages in coping, but can often cause long-term problems in relationships, work and in enjoying life when used as one’s primary style of coping with the world. They include:

These are commonly found among emotionally healthy adults and are considered mature, even though many have their origins in an immature stage of development. They have been adapted through the years in order to optimise success in human society and relationships. The use of these defences enhances pleasure and feelings of control. These defences help to integrate conflicting emotions and thoughts, whilst still remaining effective. Those who use these mechanisms are usually considered virtuous. They include:

So, ego’s aren’t bad, they aren’t evil.
They are part of us and if we are in a good place, we are complete, with ego intact.

Why Empaths Need to Step Away From Political Drama