My astrological forecast by Ruby August 2012

Beginning of August 2012 until beginning of April 2013: This is a very pleasant influence, although you may not feel it very strongly. But if you know it is coming, you can act in certain advantageous ways during this period. However, you will have to take the initiative, which you may not want to do, because one effect of this influence is to make you feel very pleasantly unambitious. It may be difficult to rouse yourself to action. Therefore this is a good time for a relaxing vacation or any other kind of good time that doesn’t require much energy. 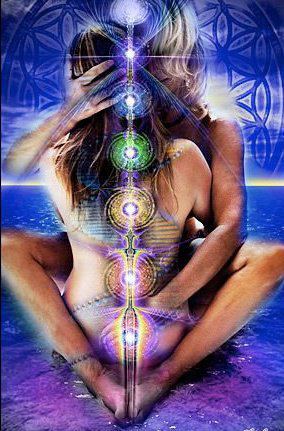 This influence favors relationships, romantic and otherwise, because you are able to project
warmth and friendliness more easily than at other times. You are attracted to other people, and they are attracted to you.

Sometimes this influence can signify the beginning of a major love relationship. At the very least you feel like flirting and drawing in people who are similarly inclined.

If you have to make a good impression on someone, this is the time. You are much more able to feel the subtle nuances of relationships, which helps you make the right moves. On top of that, your feelings for other people are sincere, which they recognize and respect.

You will be attracted to pleasant and beautiful surroundings at this time and more than usually repulsed by ugly and sordid conditions. You may very well feel compelled to do something about such conditions if<
you encounter them now.

Financial affairs usually run quite well at this time. Money may come your way unexpectedly and if so, you will probably be tempted to spend it on something frivolous. Follow your own conscience!

You are attracted to other people, and they are attracted to you. Sometimes this influence can signify the beginning of a major love relationship. At the very least you feel like flirting and drawing in people who are similarly inclined.

This influence is likely to have a very disruptive effect on your relationships. Influences may enter your life, either through your home or your profession, that will challenge the foundations upon which your life is built. This challenge will be reflected in surprising encounters with others that upset your way of living or in sudden separations from persons who you thought would remain in your life for some time. Or it may be that you yourself are the catalyst of all these changes as you seek to become free of circumstances that have become oppressive.
During this period it is quite likely that you will do things and go places you never would have thought of in the past. The old patterns of your life simply can no longer encompass what your life is becoming now.

From all of the above it should be obvious that this is not an “evil” influence, although anyone who is wedded to the status quo in life or to their own past will find this period difficult to contend with. Old patterns that have acquired a stranglehold over your life will break up. You may not have been aware of these patterns, because many people find their “strangleholds” quite comfortable, at least until much later on.

The people who enter your life at this time may be quite different from anyone you have known before. Some of these relationships may be quite brief. You may encounter someone for a specific purpose, which you may not be aware of at the time, and once that purpose is accomplished, the relationship ends.
If a new love interest enters your life at this point, it is likely to be exciting, free and totally unpredictable. Do not make a permanent commitment to it until well after the end of this period, for such a relationship is likely to be very unstable and brief.

Ruby: This explains the gal at IHOP

During this period you will try to achieve something of significance in your work or career. You will not find it sufficient to continue as you have, and your ambition will become more powerful than usual. This can be either good or bad in the long run, depending upon how you go about getting ahead. On the positive side, this influence helps you overcome your previous limitations, which were caused largely by fear and lack of confidence. Now you feel capable of greater achievements and willing to work for them. This influence usually creates great optimism and self-confidence, but you must be careful that it does not become overconfidence. Your life will not take care of itself if you neglect the important details of daily existence. Do not let your seemingly more important present concerns cause you to neglect these other aspects of your life.

But this influence can also signify an inflated ego, a state of mind in which you attribute to yourself powers and talents far beyond your actual abilities. In rare and extreme cases, a person may think of himself as godlike. But for most people this is expressed simply as overestimation of one’s talents. Be careful not to take on more than you can handle. There is so much positive energy in this influence that it would be unfortunate to waste it with pride, foolish arrogance and overestimation of your capabilities.
You want to be important now, and it is quite possible to attain that goal, but only if you know yourself adequately. Dare to do more than you have ever done before, but balance your daring with reason and care.

I must be careful thru most of October.

This may be a very discouraging time. Your vital energies are pretty low, and you may feel quite incapable of dealing with the adversities that often accompany this influence.

These adversities may come from a number of sources. First of all, other people, particularly employers and other persons in authority, may oppose your plans in several areas. This is not usually a good time for successfully attaining your goals.

You may feel physically tired, as if the burdens of your life are too much for you. Quite commonly during this time people feel old, even if they are in fact young, and there is a profound sense of world-weariness. Be careful of your health and conserve your energies.
Your ambitions may also be thwarted by circumstances or by other people. Even though you and your associates have the best intentions for your future, something seems to block you.
It is possible that you may be caught in some kind of relationship, for example, a bad marriage or love affair, that limits your self-expression. Quite frequently this influence brings such relationships to an end.

This period is best dealt with by understanding that it is part of a natural cycle in your life. Nothing is gained by fighting it; instead you must learn to flow with it. This influence represents a period of endings which will be followed by new beginnings. The problem is to avoid being discouraged and frustrated by the endings. Soon you will have the opportunity to begin new projects that will build up to new peaks of achievement in about fourteen years. 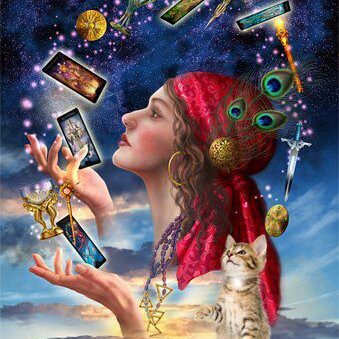 But as I told Ruby, I will be so caught up in Halloween, Samhain activities, I won’t have time to be discouraged!! (Plus, I’m hoping the other signs will be stronger and this won’t bug me much.. but if it does, I’ll know why and just throw myself into the spirit of the holiday celebrations!)

Want to get your charts checked?
Ruby is available!
She is amazing and I love her dearly!

One thought on “My astrological forecast by Ruby August 2012”