Strange encounters of the ihop kind

I had this strange encounter at IHOP yesterday evening.
I called in an order and went to pick it up.
The girl, the hostess girl, was unusually attentive. Perhaps even flirty.
I could not judge her age.
I could not pick up if she was flirting or if she was just a damn good hostess.
(instincts say flirty, but not flirty, as in, an attraction but she isn’t gay / bi or hasn’t acknowledged it yet)
She was flustered, which made me flustered (very unusual for me).
I asked about syrup and she said the syrup was all sticky and gooey and she’d get me some more. (so she did) and I thanked her.
(Yes, I was flirting at this point) I told her thanks for giving a damn and that was rare in this day and age.
She thanked me, I thanked her and this was doubled….
I swear, she treated me like royalty. (Past life?!?!?)
I had already planned on checking the order before I left, but I didn’t.
I knew, that if it was messed up, I wanted to go back.
Guess what. They forgot the side order of bacon.
So I had to go back.
The ladies who helped me were sweet, nice and helpful, but I never saw her again. 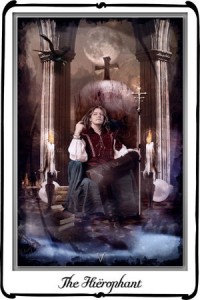 So, I pulled a card asking
What was the meaning of that encounter.

Basically, there was a past life connection. I found this out with help from a FB group I belong to, and it made perfect sense!

Our spirits / souls spoke, even if our physical aspects were unaware of the conversation…

It was a magical moment.

It makes my imagination run wild with all the possible meanings, with all the hints of, okay, so we promised to see each other once in this lifetime, and that was the precise moment it happened, and then we won’t see each other again until we meet on the next realm.

The depth of other possibilities entrances me.

Creating a plot for a story Tarot Spread

Negativity is impacting my health

One thought on “Strange encounters of the ihop kind”