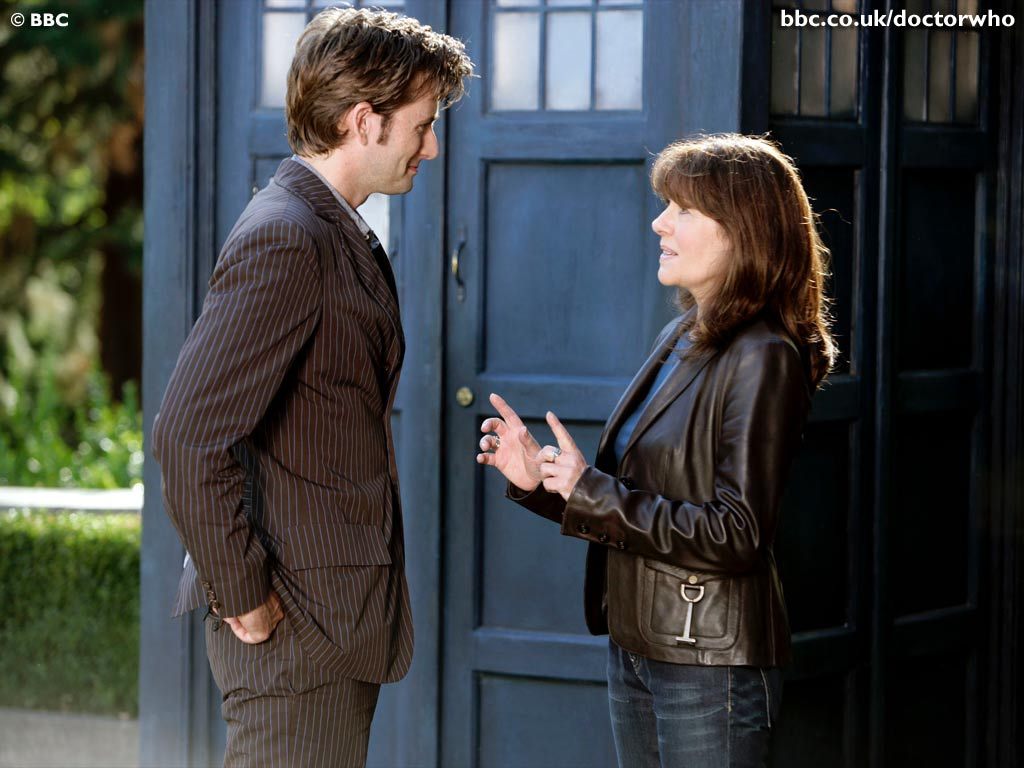 In fact Elisabeth, 61, has scarcely changed from her Seventies heyday, apart from the two-foot long, pale purple, forked tongue that whips out between her lips when you least expect it.

The forked tongue doesn’t pop out during our chat but it’s much in evidence in the first episode of series three of The Sarah Jane Adventures, back this week on BBC1.

Sarah Jane’s body becomes temporarily occupied by an escaped intergalactic criminal called Androvax, a yellowish reptilian with a head like a pie crust who can wipe out worlds and hide in other people.

Elisabeth clearly gets as big a kick – or should that be lick? – as the rest of us from these state-of-the-art special effects.

She says: “The special effects guys are brilliant. They’re just so good, so careful. They may have to cope with the budget differential when they switch from DrWho to us, but their actual commitment is just the same. They really make it look so good.” 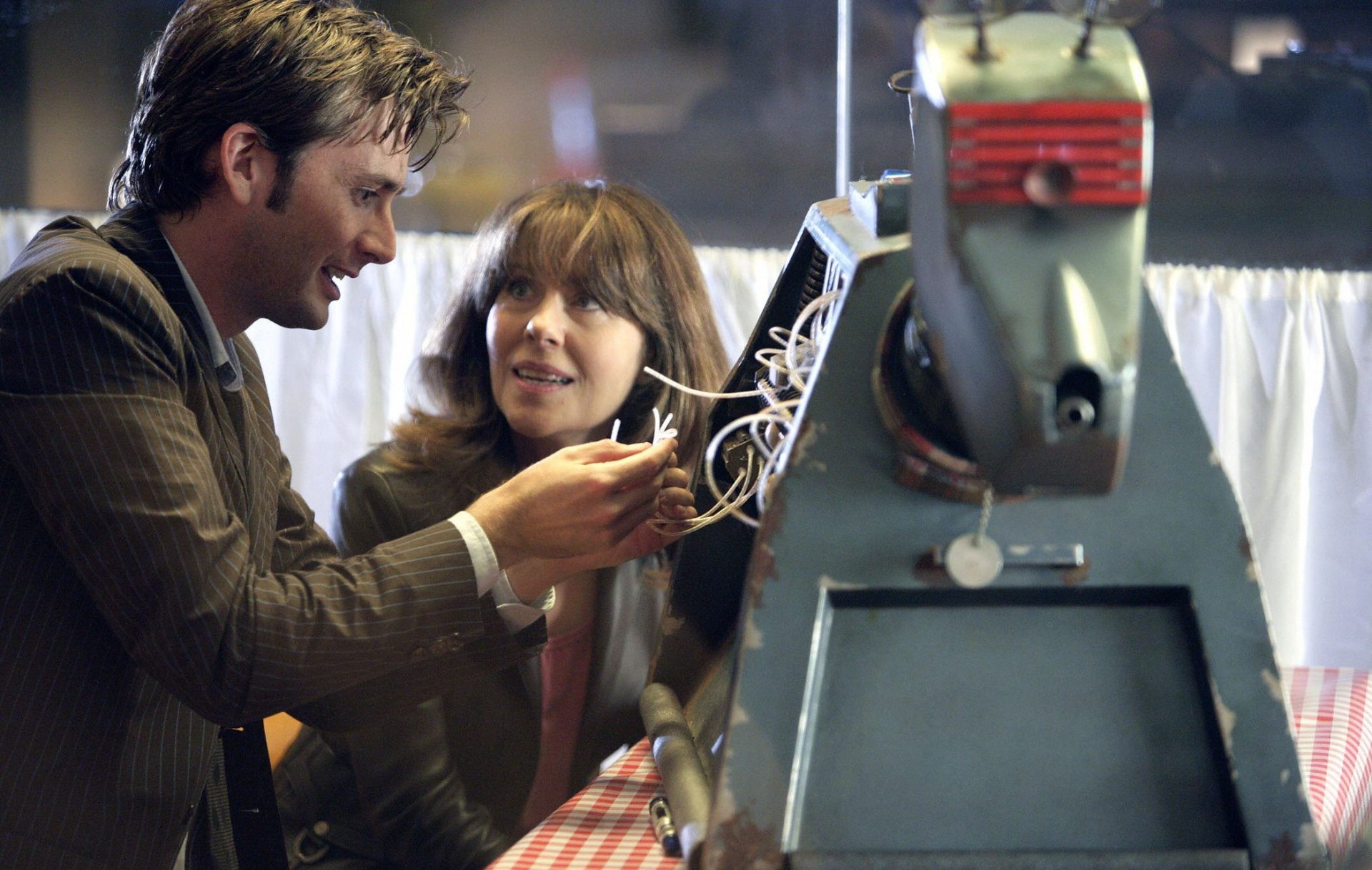 The economies of scale to be gained from being studio stablemates in Cardiff with prime-time shows Dr Who and Torchwood mean that, even on a children’s drama budget, The Sarah Jane Adventures look surprisingly sophisticated.

And this latest 12-part series, on twice-weekly from Thursday, has the added advantage of a two-part contribution from the outgoing Doctor himself, David Tennant.

“It was brilliant to have him in the Attic,” says Elisabeth, referring to Sarah Jane’s lofty HQ. “He’s in episodes five and six and he literally finished working on Dr Who then Tefloned off to us straightaway.

“I hope he enjoyed it. They didn’t half use him a lot, once they knew they had him. I think he thought ‘Bl***y hell, I’ve left Dr Who and now I have all these bl***y lines to learn again!’ He didn’t get away with much free time.”

Elisabeth worked with David before, of course, when her character cropped up in DrWho again last year, but the Doctor with whom she’s most associated is Tom Baker, from her stint as his 1973-76 companion. They made 80 episodes together.

And while David completely took ownership of the revived role, Elisabeth’s fellow-Liverpudlian, towering Tom, was the Doctor who undoubtedly made most impact during the “classic” era.

Tom is a big personality with a reputation for hilariously outrageous behaviour, harddrinking, and womanising, but if Elisabeth noticed any of this behaviour she draws a polite veil over it now.

“Well I just adored working with Tom. He was brilliant, lovely. It was fun every day,” is as near as we get to any shared indiscretions. 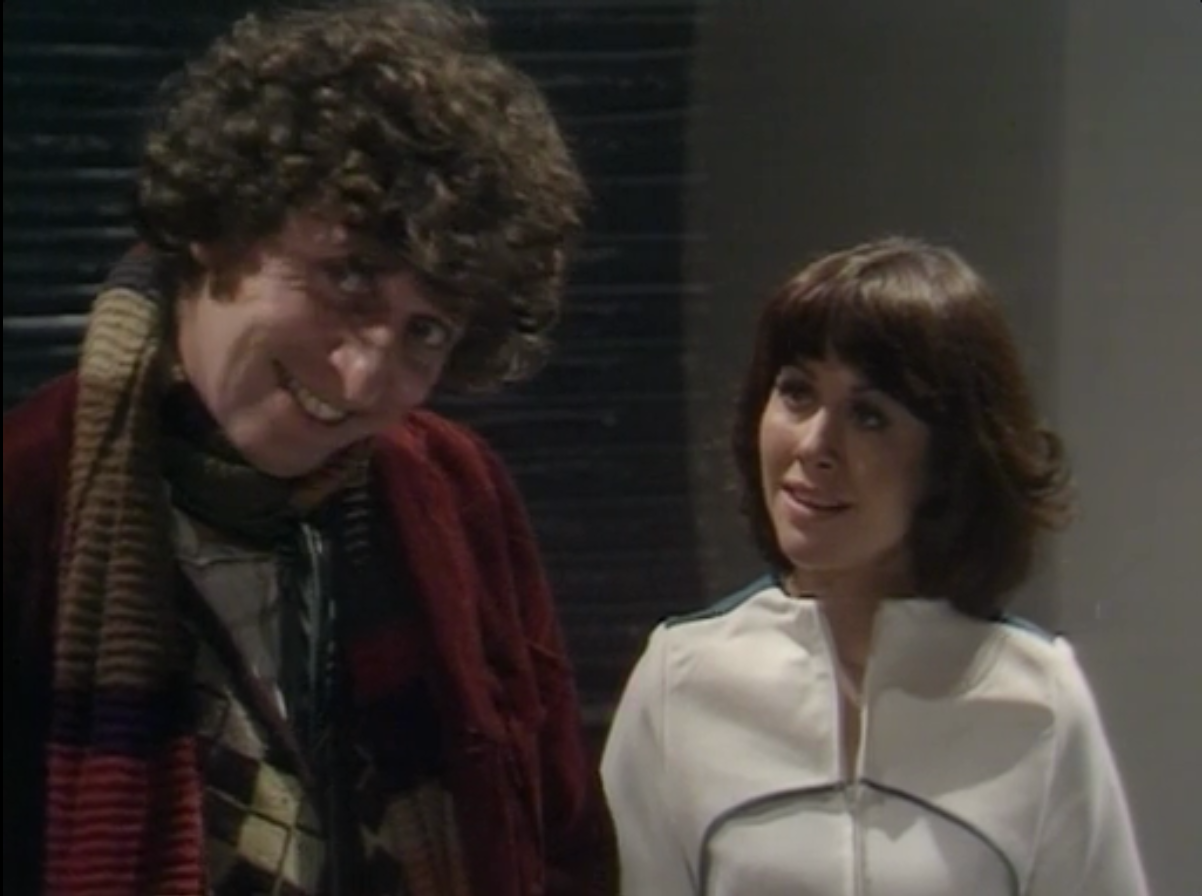 Elisabeth has worked with more Doctors than any other assistant, and for longer.

In 1983, Sarah Jane reappeared in The Five Doctors, which gathered all previous reincarnations for one story. Elisabeth went to the States with Tom Baker in the Eighties to appear at DrWho conventions, then partnered his predecessor Jon Pertwee in radio versions of the series.

She says: “It went to No.1 in the radio ratings but the BBC never really picked up on it, and with a new Dr Who film coming out with Paul McGann, they stopped everything else ‘because there is only one Doctor’. It was a big mistake, which really pissed the fans off, quite rightly.”

Fortunately for Elisabeth, playing Sarah Jane was never a mistake, although the role did come to dominate her working life to an extraordinary degree.

She had learned her craft doing two years at the local drama school then treading the boards at the Liverpool Playhouse. Some of her earliest TV appearances were in Coronation Street and cop drama Z Cars.

She recalls: “In Corrie, I played Anita Reynolds, Len Fairclough’s new girlfriend, and I was in it for five or six episodes.

“But oh I loved Z Cars. If you see it a clip of it now it sill holds up incredibly well – really good actors, great directors, and flying by the seat of your pants.

“You kept on learning, and there were always places for you to learn, which there aren’t so many of for young actors now.”

When Elisabeth finally left Dr Who in 1976, she thought she was quitting the role for good. She even turned down initial attempts to persuade her to attend conventions.

She says: “I left because I wanted to leave, and I didn’t want to do the conventions. It felt like bad manners, because after I’d left it was someone else’s role. Why would I want to do that? It wasn’t my hobby.”

Then when she and actor husband Brian Miller – who also appears in the new Sarah Jane series – had their daughter, Sadie, in 1985, motherhood almost made her walk away from regular acting altogether.

She says: “I’d never stopped since I was 18 and it was a very different life, totally. It was quite a revelation. I went to all of Sadie’s sports days, all her school plays – I’d just take the odd acting job that came up.”

She said: “When Sadie was about two, I went up to see lovely Paddy Stone, then casting director for Emmerdale, about becoming one of the regulars.

“I’d had to work extra hours on another TV job and I kept looking at the clock. I just thought ‘My God, I’m not giving this 100 per cent. Someone else should have this job’.

“Paddy said to me after ‘Why did you talk yourself out of that job?’ But you’ve got to be available, otherwise casting people don’t like it, quite rightly, and there’s always 10 or 20 people waiting to replace you.”

But nobody could replace Elisabeth as Sarah Jane. And when Dr Who re-creator Russell T. Davies invited her to lunch, she was offered her a series of her own.

“It was daunting, actually, because I’m not usually No.1 on the cast list, and that brings with it a lot of things where you think ‘Oh I don’t want to know about that’.”

But Elisabeth’s life as Sarah Jane was about to undergo a spectacular regeneration, just as Dr Who had done before her.

And although cheques still dribble in from ageing episodes still showing in distant corners of the galaxy, the salary for fresh work must be much healthier.

She says: “Oh you have no idea. Sometimes the cheques aren’t worth cashing. I think we framed one that was for 70p… ”