4am update – no I was not awake

1. The blowing fog was a first.. that was cool
2. Thor visited. It was nice. Spice was mildly concerned, overall not bad. I quite enjoyed it but I would have preferred thundersnow. *sigh* Maybe next time.
3. High winds, yeah, that never happened up in Isanti. It did in Southern Minnesota though
4. No tornadoes in the Isanti area. Some in southern Minnesota but nothing like the huge outbreak last week. This still broke a Minnesota record. There has not been a tornado in Minnesota in December before.
5. Flash Freeze, it was more like a crawl.. no flashing here!
6. Light snow but all my pretty snow has melted. I’m gonna have a fucking BROWN CHRISTMAS!! I’m so pissed!!

Anyway, here is the 4am update from NWS

The center of the departing monster of a system has reached Lake
Superior early this morning. Some wrap around light snow continues
across central and western Minnesota, along with some blowing snow.
Radar indicates another batch of steadier snow over the eastern
Dakotas, which should clip parts of western Minnesota this morning.
While most of the accumulating snow has likely ended, will maintain
the Winter Storm Warning and Winter Weather Advisory headlines a
little longer until winds ease and visibilities improve.

Speaking of the wind, impressive gusts occurred overnight. The
highest was 78 mph at Redwood Falls. The rest of the highest gusts
ranged from 60 to 70 mph, mostly across southern Minnesota eastward
to the Eau Claire area. The intensity of the gusts is beginning to
ease quickly, but some sporadic gusts to severe levels remain
possible for the next hour or so. The High Wind Warning expires at 6
AM, but could be cancelled sooner.

Some additional light snow could rotate southeastward north of I-94
later this morning. Any accumulation will be less than an inch.

History of this forecast 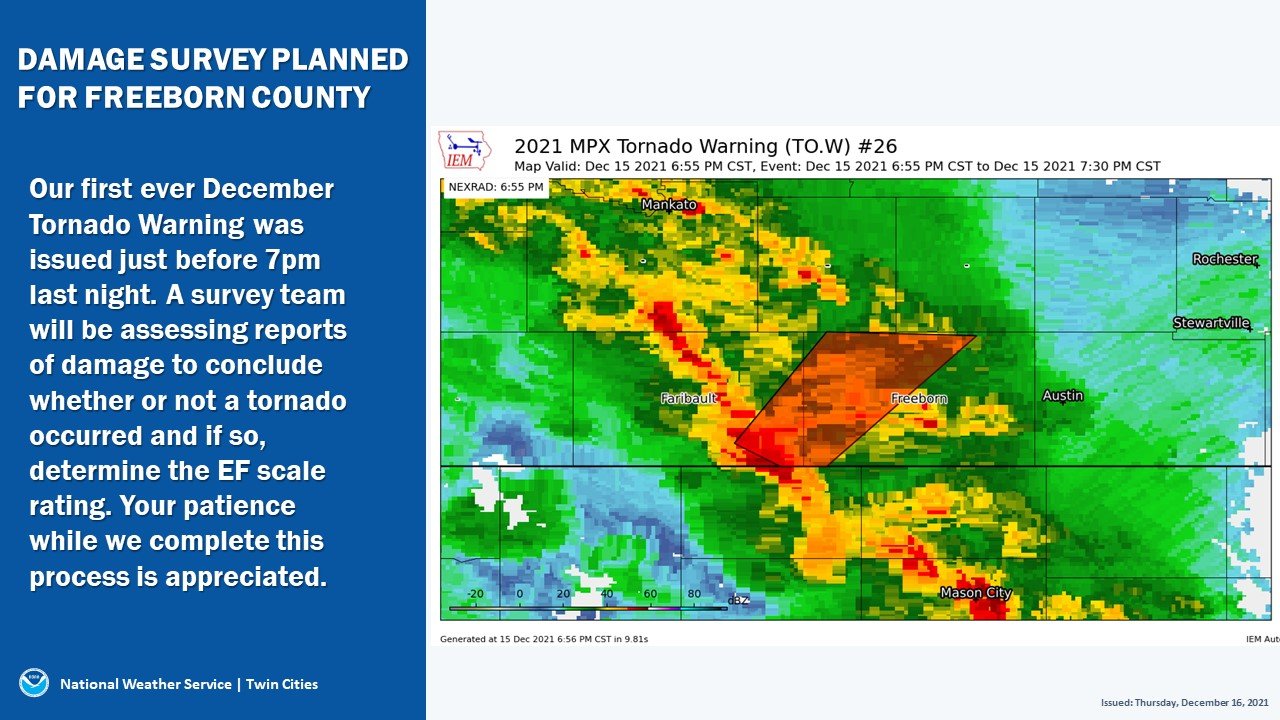 Some changes but still no idea what will happen

Not much has changed in tonight’s forecast