2016 has been a year of hell.
This blog is going to be rambling. It’s going to go back and forth in the time line and might be confusing. But this is why I didn’t go to Heartland Pagan Festival. First one I’ve missed since we didn’t have the money a few years back. 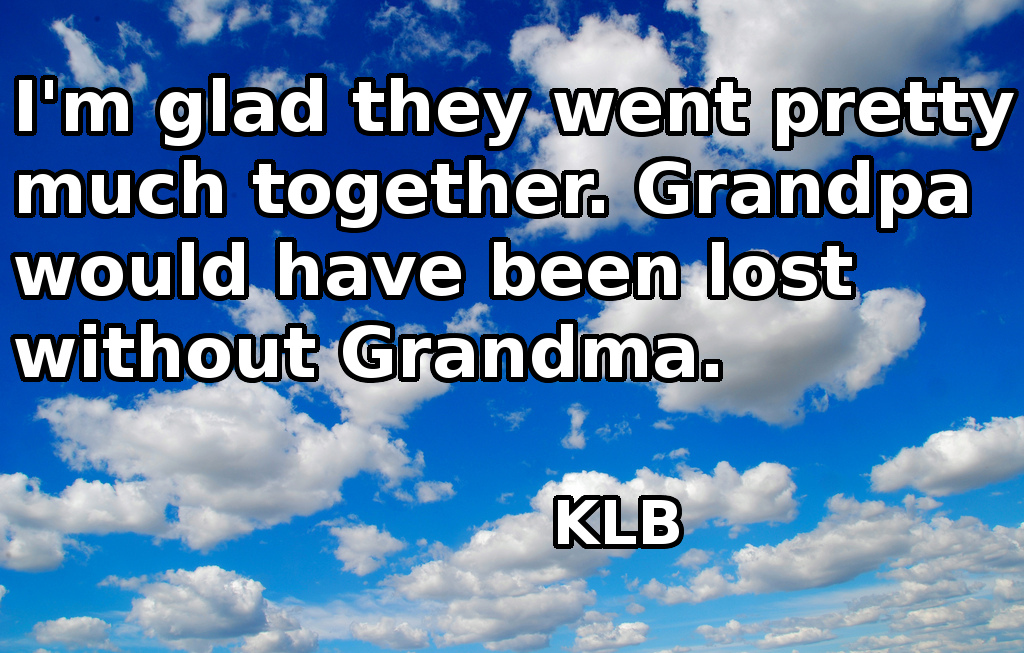 Around 1600 on 7 April 2016, my parents were in a car accident. A drunk military sergeant ran the stop sign and hit my parents. My Mom succumbed to a heart attacked caused by her injuries that same night but at the hospital. I found out about the accident the next morning. My dad was still alive but in the trauma care at the hospital. My brother was leaving that morning.

Not really sure why I didn’t hear the phone ring all night. And supposedly the cops even came to my door. I think that my mom was trying to protect me one last time. Let me sleep one more night of good sleep before the hell started. That’s what I believe and nothing will change my mind. Nothing else makes sense. I missed over 15 phone calls between my brother and Fr. Heina.

After bawling my eyes out, smoking the first cigarette in almost a year (and hubby’s special cig, I later found out, that he was saving for a special occasion) and telling my son what had happened, he went to school. Prally shouldn’t have but then again, he made it thru. His day was spent rather spaced out he said.. at some points, wanting to come home, at other points not wanting to.

I got to the hospital. After sitting at my Dad’s side for about an hour, Father Heina showed up. I threw myself into his arms and cried some more. I’m so glad he was there for last rites for my Mom. He came as soon as he was contacted. He and my brother were on the legal document for accidents and such. He was also a close friend. I would even call him family (although he has been avoiding me since the funeral, but that’s his issue, not mine, I am, after all, pagan.) Fr. Heina came with my parents to a lot of family celebrations. He came to Topeka for lunches and dinners. Father’s Day and birthdays. He was unable to attend my Dad’s 9 squared birthday. That turned out to be the last dinner we would all have together but Fr. Heina was sick and couldn’t come. We all gave him grief at the time, but now he has his own grief and won’t share that with anyone. The Catholic religion is so cruel. He is not allowed to grieve for his friends. He is almost not allowed, in my mind, to be human. He is a Catholic Priest. He is above all. I pity him. Maybe that’s why he doesn’t email me back or take my calls.. anyway.. I tried to treat him as a human and he doesn’t allow it. So be it. I tried.

The doctor who saw my parents when they were life-flighted in came and talked to me. He came and talked again later when my brother got here. We found out that Mom was still talking and coherant when she arrived. She was telling the doctor where stuff hurt and then she had a heart attack. They brought her back once, but the second time she was just gone.

“Uncle” Dennis arrived with Jenn and some of Drew’s friends came to town too. Uncle Den was there when the doctor talked to me about what happened the night before. He asked all the right questions and we knew that they had done the best that they could to save Mom. Uncle Den had to call around to find Mom’s body. Thank the gods he was there. I had no idea what to do. He also called Parson’s Funeral Home in Ellsworth. There was no funeral plan in place, but Drew and I would deal with that later. I wanted Dad to be part of Mom’s funeral. At the time, we were optimistic. By Sunday, though, Dad had deteriorated. He was going septic. His kidneys were failing and so were a lot of other vital organs, including his lungs. We were told Sunday that he wouldn’t make it through the night. We called Father Heina and begged him to come back.

Dad did make it through the night. The next morning, doctors were showing up planning future surgeries for his crushed pelvis and more. We were so confused. I started asking the doctors what they would do if it was them or their loved ones. The first doctor had no idea, it wasn’t her area, but the second doctor didn’t answer my question. He was planning on putting dad on all sorts stuff to make him better. Then the nurse, the wonderful nurse, named Karen Pryor, later dubbed my surrogate best friend… She explained the different types of doctors. The optimists and the realists. She called the realists in to talk to us. As they were arriving, Teresa showed up too. She held me up while the doctors were telling us the realities of the situation. IF Dad survived, his quality of life would not be good. His pelvic injury would inable him from walking for a long time, if ever. The septic of his body was already shutting down organs. He may never breath without help. His kidneys already had shut down, he would always be on dialysis.

Palliative (or comfort) care was called in. My brother and his wife and I met with them in a conference room. They explained the process of just making my Dad comfortable. No pain.

I couldn’t stay in the room with Dad. My brother and his wife played church music for him. It was during “Be Not Afraid” that my Dad passed on. We had the choir sing that at the funeral. 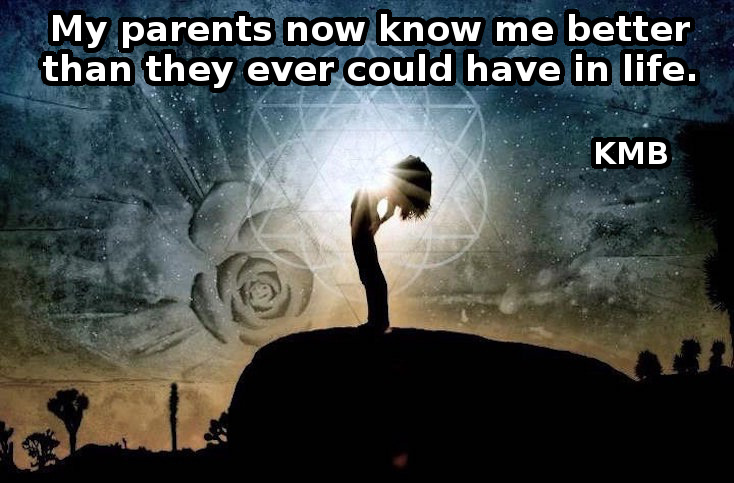 The funeral was a great send off. I thought of it as their final party. They loved giving parties. My Mom especially would have been pleased. Seven Priests and a Bishop said mass. It was beautiful. Neff Neff came with her Mom. Kel showed up. Michael and Rachel came to be with my son. They even brought Dessa. They drove him to the funeral, the graveside service and back to Topeka so I didn’t have to worry about him. The love and support I experience was magical.

The next month or so, still a blur. I think I was in a funk. Okay okay, I KNOW I was in a funk. I pretended so well though. Between my son’s grades, end of the school year, his trip to Arizona, my job and crazy deadlines and just, well, everything.. I didn’t stop smoking (but I wanted to!!) I tried a coupla times, but.. no luck. It is my coping mechanism for the moment, I suppose.

Then, less than a week before Heartland, on 20 May 2016, I was in a car accident. I was hit by a teenage girl (who goes to the same school as my son) who wasn’t paying attention and she ran a stop sign. She hit me hard enough that she spun me around in a near 180 and I was heading for the wall on the same side of the road I was originally coming from and maybe a tree.. I don’t remember exactly.. I tried hitting the brakes, but they weren’t working — stupid anti-lock hubby explained later — and then hit the wall hard enough that the air bags deployed. That totally rung my bell in so many ways. I saw smoke, so I grabbed my purse (it had fallen to the floor of the car) and crawled out and just sat on the grass near the curb. I had “flash backs” of what happened to my parents (although I wasn’t there.. and the speed that the teen was going was prally a lot less.. and and and.. but it was enough) and apparently I cut my head open. The poor teen was like “OMG, you’re BLEEDING!!” which of course freaked me out even more.

It was a blur. No, I didn’t lose consciousness, but it was a blur. People were stopping to check on me. One offered me paper towels to clean up and stop the bleeding. I didn’t get up, tho, so they pulled over and brought the towels to me. Finally I heard sirens and then the police were there asking me questions and the paramedics were checking me. The bleeding had mostly stopped by then, but I wanted to get checked out. (plus, my car wasn’t driveable and hubby was on his way to Planet Comicon – although I did text him and he hadn’t gotten far) The paramedics helped me into the ambulance and took me to the hospital. They were very nice. Apparently they were pretty busy at Stormont-Vail, but I got into room F. The nurses were awesome. I’m not even sure if I had a PA or an actual Doctor, but they took care of me quickly. I texted my best friend’s sister, who works there and said “Guess where I am”. She came down to see me immediately. After the text but before she got there, hubby arrived. I didn’t realize he was so close or I might not have bugged Teresa, but I was still glad when she showed up. They stapled my head FOUR TIMES! I almost think that was worse than the accident. Finally I got some ibuprophen and then I got a tetanus shot. It was crazy!

Over the weekend, sirens drove by my house. It triggered me. I’ve been okay since, but that was kinda weird.. I haven’t been that close to sirens since, but the distant sirens aren’t triggering me. Guess I’ll see what happens…

Thursday was rain and rain and tornado warnings and more rain. Hubby got my son to the airport (I was starting to think I was jinxed and didn’t want any harm to come to either of them) and he got back during the middle of the tornado warning. We decided to wait. Then, there was a bit more rain on Friday, so we held back one more day, planning on coming on Saturday.

Friday morning, I got the staples out! Thanks Teresa!!! *happy huggles*

Friday night, my brother called. The guy who hit my parents had finally been arrested. FINALLY.. but it brought everything back. I was not up to socializing on Saturday and then Sunday, as much as I wanted to go to Women’s Mysteries, I still wasn’t up for it plus it was starting to get HOT and miserable outside.
I simply couldn’t do it.

He contacted me on Saturday and asked when we were going to Manhattan to go through stuff. I told him I couldn’t possibly take more time off work. I had originally thought we were going through the stuff on 4 June 2016, but apparently we mis-communicated. So now I need to go on my final day off from work, Tuesday, 31 May 2016. That was just one more thing to stress about. 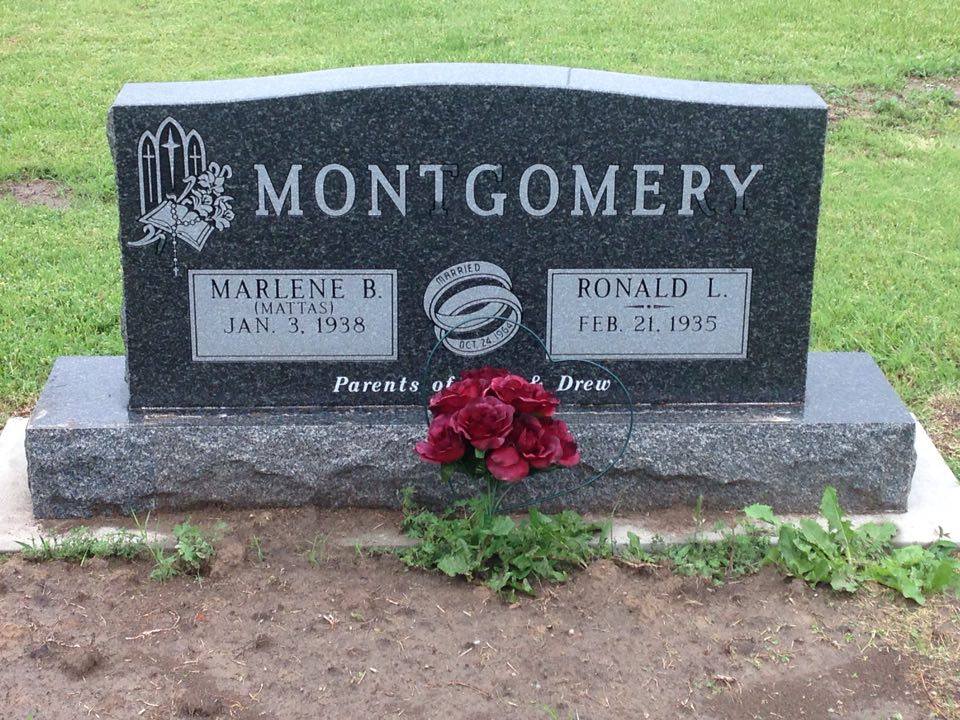 I am so sorry my friends, I wanted to go, I planned on going.. but I chose to be selfish and stay home.
I love my husband so much for staying with me. I told him he could go, but he chose me. I am the luckiest woman in the world..

This picture was taken by Cindy “Kepka” Jackson Memorial Weekend, 2016.

Next year will be better. Next year had BETTER be better (and honestly at this point, the rest of this year better be pretty damn good too)